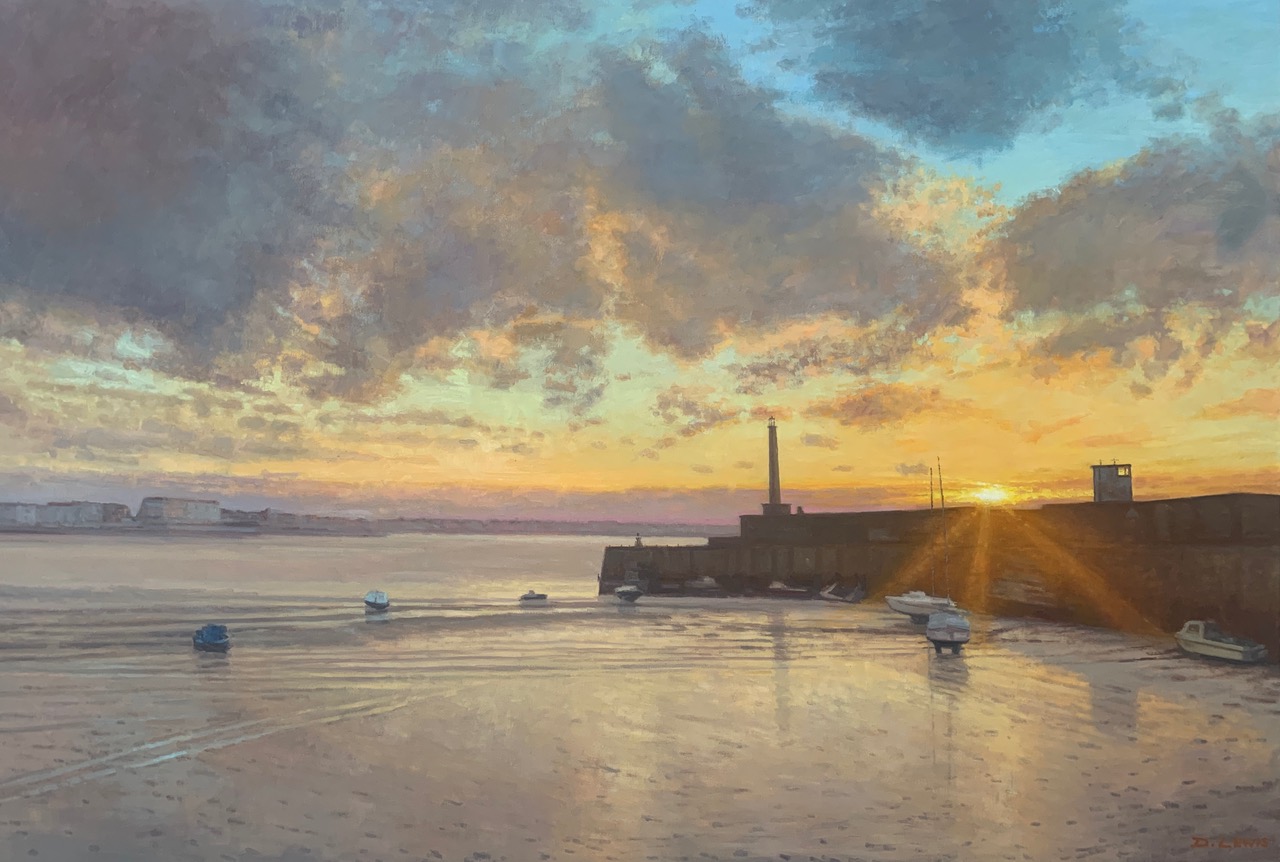 This is Darren and Ross’ fifth joint exhibition at the Pie Factory Gallery following previous exhibitions titled ‘Sand, Sea and Light’ in 2016, ‘In and Out the Sea’ in 2017, ‘Thrills and Spills’ in 2018 and ‘My Sky – His Sea, His Sky – My Sea in 2019.  The exhibition ‘Sand, Sea and Light’ gained interest by BBC reporter, Robin Gibson, and was featured on BBC South East News Today by presenters Natalie Graham and Rob Smith on Monday 26th September 2016.  Likewise, BBC South East News Today were back in 2019 featuring Darren and Ross’s exhibition ‘My Sky – His Sea, His Sky – Sea’ was featured on 13th September 2019 by presenters Marcella Whittingdale and Rob Smith.

2020 has endured a unique year living with the various social restrictions of the Coronavirus Pandemic.  However, Covid-19 has also allowed us all to re-evaluate our previous existence.  The experience of ‘lockdown’ has made us all appreciate the things we may, once before, have taken for granted.  The simple things have become more appreciated, the changing light in the sky, the beauty of saturated sunsets, the motion of the sea.  Isolation has encouraged artists to focus deeper in celebrating the visual, with Ross and Darren’s creative endeavours increasing in output and intensity.

This new exhibition, ‘Meet Us Where the Sky Touches the Sea’ emphasises the two main elements which dominate their work, the Sky and the Sea.  Both artists often use the same subject matter but from very different approaches, perspectives and disciplines.

Darren has had previous paintings featured in 3 International Art Magazines; Modern Painters (2000), Paint and Draw (2017, issue 9) and he was the editor’s choice in Leisure Painter (March 2017).  Darren has also featured on the front cover of Margate Mercury (Spring issue) 2017 and appeared in articles in Kent Life Magazine (2017) and Isle Magazine (2017 and 2019).  Essentially, Darren is a painter from Margate and a painter of Margate.  Darren exhibits traditional oil paintings capturing the varied light and atmosphere of Margate Harbour and the surrounding coastlines.  Darren uses strong colour to emphasise the beauty of his chosen locations of the coast.  Living in Margate, he paints the things he sees around him, the things he knows well and is comfortable with.  Darren responds to the coastlines of Thanet through the different seasons, with a focus on the vistas of sand, sea and sky of chosen locations.  Darren’s work sits traditionally in seascapes, expressing with a command of colour, the qualities of light and form of his chosen locations.  Locality remains critical in his approach to all his work expressing his perception of his surroundings.   Having lived by the sea for 48 years visual coastlines are ingrained in his make-up.

Darren works in traditional oils capturing the stunning light, colour and luminosity the local coastlines have to offer.  Darren seeks out euphoric skies full of intense colour and vibrancy aiming to capture the movement of the air with a subtle play of colours across a canvas.  His skies serve as a dramatic backdrop to his chosen locations, but the Sea also plays an equally vital component to his compositions.  The sea can often provide stunning reflections to the skies he depicts, particularly Margate Harbour in the Winter seasons.  Darren is becoming increasingly known for his depictions of the well documented Margate Harbour sunsets.

Ross has always been passionate about the sea and spends a vast amount of his free time on the beach and in the sea.  Through extreme photography Ross pushes himself physically to capture the life and power of the sea and offers a new view of them, unfamiliar to and unseen by many. He endeavours to bring the sea, the coastline and the sky together from beyond the wave.  Awareness, patience and timing are key elements to Ross’ work.  Some pieces can take more than two years to plan and with a very small window of opportunity.  All of the elements, including the purity of the Sky, positioning of the Sun and ultimately the right type of wave have to all simultaneously come together in a moment captured.

Ross clearly brings perseverance, energy and precision to his art. The results are impressive images of fleeting moments in various scale.  Ross also uses the natural environment as his canvas to produce Sand Art of pattern configurations to a monolithic scale using a rake and a stick. Most of Ross’ work is done on a freestyle basis, often with no planning but a visualization of what feels right at the time.

Ross’ work has been showcased on TV on several occasions and he has attracted previous national press coverage.