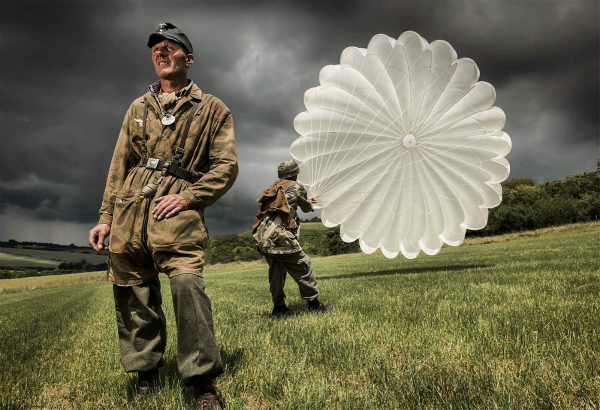 A graduate of Saint Martin’s School of Art London, Russell specialised in Illustration and Photography. After winning many industry awards in illustration, including 5 Best of British Gold Awards the exhibition marks a return to photography.

Inspired by a childhood saturated with WW2 toys, films , magazines, and books Russell has spent 5 years documenting the WW2 Re-enactment scene in the UK. As the WW2 generation are dying out a generation of enthusiasts are keeping WW2 history alive.

Teaming up with WW2 re-enactor Phil Hodges, Russell has been documenting the individuals that portray Axis and Allied troops from various groups.

The photographs try to capture a heroism and nostalgia portrayed in film, like cinematic moments frozen in time.