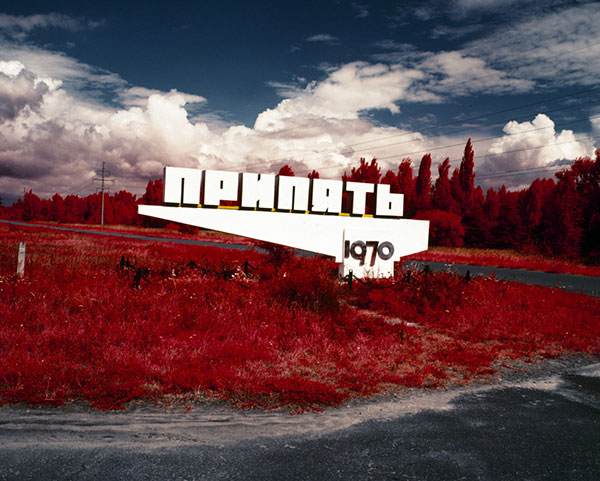 Pilgrimage is an exhibition celebrating art made using traditional methods. Linocuts, analogue photography and sculptures will be amongst the works displayed.

Many of those exhibiting works are graduates from the Kent Institute of Art and Design in Maidstone and the University of the Creative Arts in Rochester, including Ed Thompson whose work has featured in global publications, National Geographic Magazine and Newsweek Japan.

The exhibition’s curator and University of the Creative Arts graduate, Emma Frye, will be exhibiting the photographic series ‘The bluebird carries the sky on his back’ shot on a Bronica 6×6 medium format camera from a recent trip to Iceland. “I wanted the exhibition to focus solely on traditional methods of making art – as a celebration of history of the practices and the time that goes into each piece. With the iPhone being the snapshot camera of today we are taking less time to experience things and expecting technology to do it for us. I speak in particular about photography but this can be applied to all mediums. I want people to be able to see art up close, whether it be sculpture, painting, photography and make it accessible and interesting.”

Ed Thompson is a British photographer, artist and lecturer. His own photographic work has focused on various subjects over the years from covering environmental issues, socio-political movements, subcultures and the consequences of war. has had work shown in many galleries around the UK and Europe. He has had work featured in multiple publications such as National Geographic , British Journal of Photography and The Guardian Weekend magazine.

Emma Frye is a British photographer working predominantly in film. Using film is a fundamental part of her practice. She mainly produces work involving the land and is interested in the emotions the landscape evokes. For Emma, photography is cathartic, she aims to capture beauty in the everyday and emphasise feelings of quietness and awe.

Ellie Stanley is an artist who’s work is often inspired by the environment, both natural and man made. Much of her work is mixed media and uses found objects and photographic techniques to show our environmental impact.

Thomas Dowse is a kent born London based Graphic Artist whose passions are making Lino cuts, animations on After Effects and drawing with an extra soft PITT oil-based pencil.

Ruari Batchelor‘s work usually involves painting or print making of various methods. He is moved mostly by the fragilities, strengths, lusts, fears, loves of a person, and the mark making process or chance creations of an ordered image produced in print, that reflect this.

Luke Overin‘s practice is largely engaged in culture, ritual, geography and a sense of ‘place’, realised through photographic, mixed media and publication based works. Rituals, repetition and visual signifiers intrigue him; from football flags and personal expression of one’s national identity, to the sense of the ‘event’. Avoiding a judgmental stance within my work, Luke embraces the blurred minefield of contradictions, pride, eccentricity and strangeness centric to a humour embedded within British society. This is not ‘laugh out loud’ dynamics; instead humour is decoded through visual signifiers and an air of familiarity; the knick knacks you observe whilst at your Nan’s for roast dinner, a re-appropriated graphic from a fruit box you see on the local market, a crude tattoo or the youth throwing up gang signs on the street corner.

Shona McGovern is drawn to the human figure and makes two- and three-dimensional work which embodies a sense of being. To understand a feeling or emotion is to understand the stance, bearing or gesture which incorporates it and so makes it visible. Yet physical presence is always more than physical and she hopes to represent the more-than-visible which inhabits what we see through forms which are themselves broken, fragmented, disconnected.