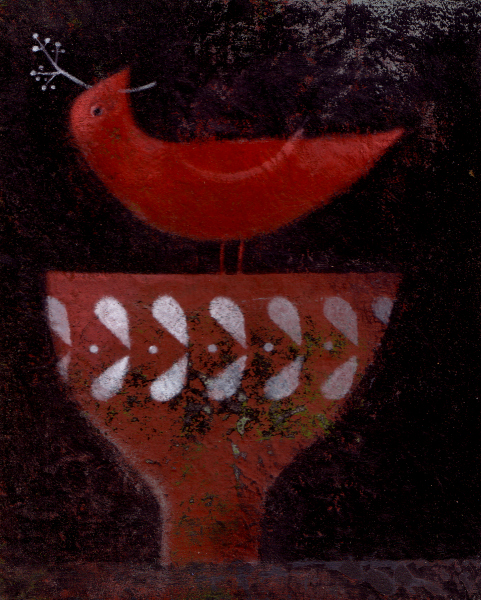 Graham Ward was born in Bradford, West Yorkshire, and grew up in East Sussex. He studied illustration in Manchester and painting at Stoke. He has exhibited widely in the United Kingdom and Europe, with solo exhibitions in London, Edinburgh, Paris and Berlin. He has been represented by galleries in London, Cornwall and Holt in North Norfolk, and has work in several private collections, and his solo show at the Pie Factory is his first for eight years.

Working in egg tempera and acrylics on board, his work is based on figuration and narrative, with elements of illumination and the sacred, particularly in his depiction of animals. Strongly influenced by pilgrimages to Santiago de Compostela, of which his fourth was undertaken in 2015, he continues to mine a personal vocabulary in his imagery. Profoundly influenced by the culture of Spain, his figurative work explores the relationships of children to the landscape, particularly that of the North and of the wild coast at Finisterre. He is currently developing a cycle of paintings based on the legend of the Magi for a solo exhibition in November on this year.