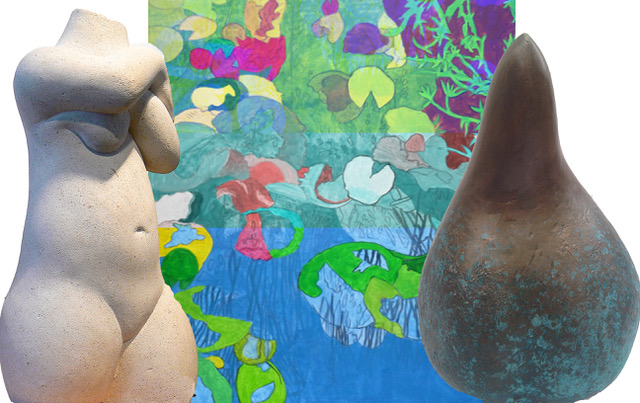 THREE DIMENSIONS brings together three artists with a variance of media and creative approach. Steve Lobb’s two dimensional acrylic work contains images that can seem to leap from the overall picture. Often based on elusive ponds of nature, they sometimes contain the unexpected political statement.

Patrick Burke’s Opulent sculptures are carved directly in white limestone in the manner of the medieval stone carvers. Now in his ninety-first year he was inspired to take up stone carving at the age of seventy by the works of Eric Gill. Barry Latchford works mainly in clay and plaster which are then cast in various media including bronze, ciment fondue and resin. His sculptures include portraits and surrealistic metaphor.