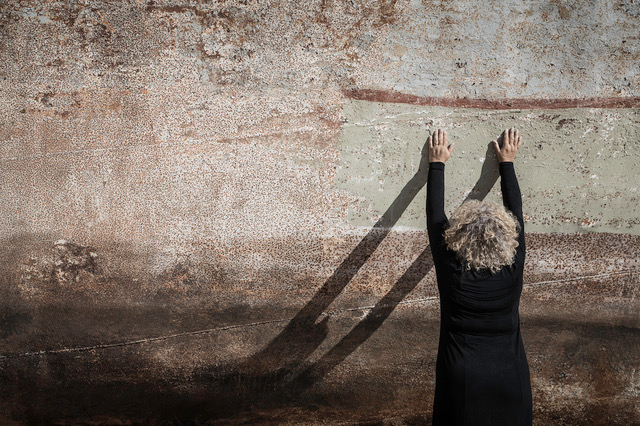 Five artists meet again in the second show entitled ‘Theme and Variations’, the first having taken place in 2020 after the summer lockdown. The themes continue to gravitate towards the natural and built environment, ranging from photographic and filmic mediations on disappearing objects and technologies to emergent ones. The paintings in the show either record aspects of Margate or acknowledge it as a site of hybridity making a gentle play between abstraction and figuration.

Kirwan explores concepts of memory, loss and time through quiet, meditative performances and multi-channel video installations of her performative journeys mostly undertaken in remote outdoor locations in the Caucasus, Near East and Central Asia. She is especially interested in journeying as the poetic and metaphorical construction of memory.

During a journey on the Ustuyrt Plateau and Aral Sea region of Uzbekistan and filming for her three-channel video perpetuum mobile, she also created photographs of the decaying ships now marooned in a vast bed of dried sand, that was once world’s fourth largest lake. These photographs express Kirwan’s consciousness of the ephemeral and the finitude of things, including her contemplation of the inexorable progression of her own transition from life towards death.

Off Cuts: Portland 3f shows 80 glass-mounted slides containing three frames of 16mm film. These fragments of film are treated as specimens in a quasi-scientific manner: the film is mounted and preserved as though it were a rare example. It is an archive and archaeology of film. The 35 mm slides and projector are material and equipment also in decline. The projected slides create a monument to the collapse of celluloid film.

Waycroft Panorama (2012/2015) comprises twenty-four 6×6 slide stills mounted between sheets of perspex in a light box. Quarrymen left the pillar of stone, known as Nicodemus Knob, in the disused seventeenth century Waycroft and Kingbarrow quarries to show how much stone had been quarried away. The fractured and fragmentary panorama represents material absence. 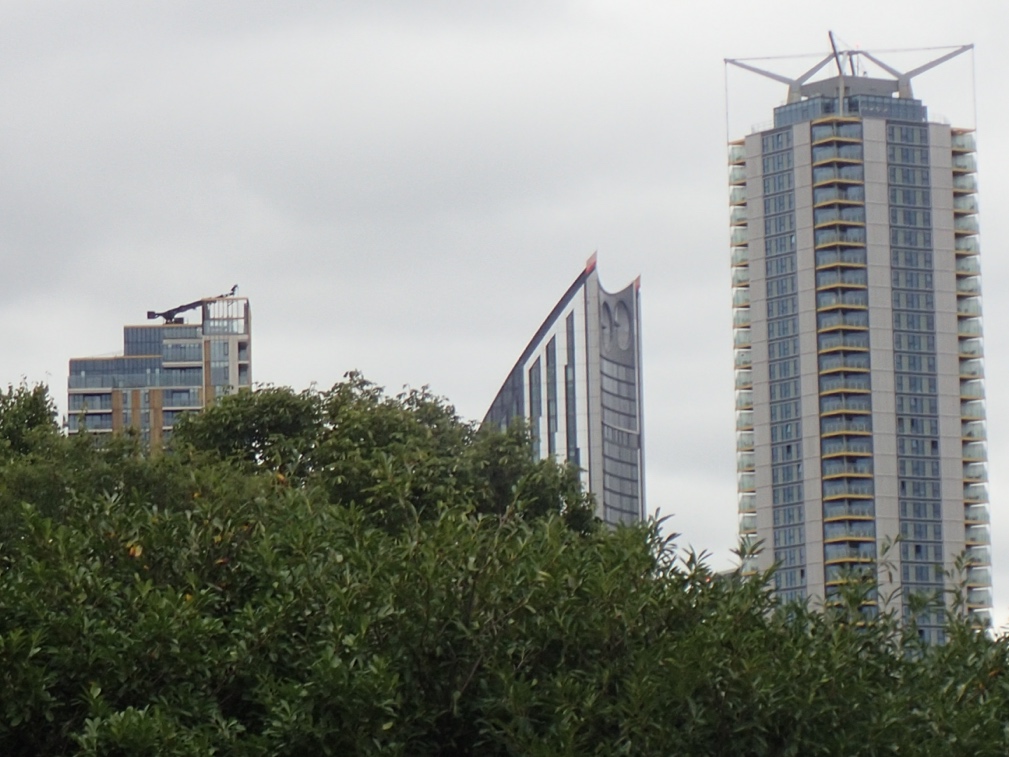 Elephant Towers documents three high-rise blocks built in the last ten years at Elephant and Castle as part of the redevelopment of the area. For the past three years I have photographed these tower blocks daily from my terraced house balcony in Kennington approximately a mile from the Tower Blocks. Each shot captures time of day, weather conditions, and the variation of light in the sky behind the high rises while providing little direct sight or signs of occupation other than the few flats with lights on at night.

The ‘Cliff’ series and ‘Myths of Modernism’

For the second Theme and Variations show I am presenting further painterly mutations based on the cliff surfaces at Walpole Bay, Cliftonville, amongst other landscapes. In one instance the cliff has been miraculously transformed into a postcard for Margate representing its famous sons and daughters.

I have also developed the Myths of Modernism series begun two years ago. Once again, I play with the origins of modernism, examining its idols and affectionately toying with some of its sacred cows.

Songs of the Sea

This series of paintings are the culmination of a process I have been using for the last ten years. I continue to use Arabic script as the starting point, taking a phrase from a song or a poem, which I then repeat and layer to make a palimpsest. Through this operation the calligraphic marks begin to lose their function as words and become hybrid shapes without definite meaning. The emergent forms gradually coalesce in a way similar way to the patterns of sand formed by the sea at low tide. Through a process of improvisation, I work further into each shape until clusters appear which stand out from the surrounding overall pattern. Each cluster takes on its own particularity, creating a cast of characters close to figuration.

For this exhibition, the gallery opening times are: