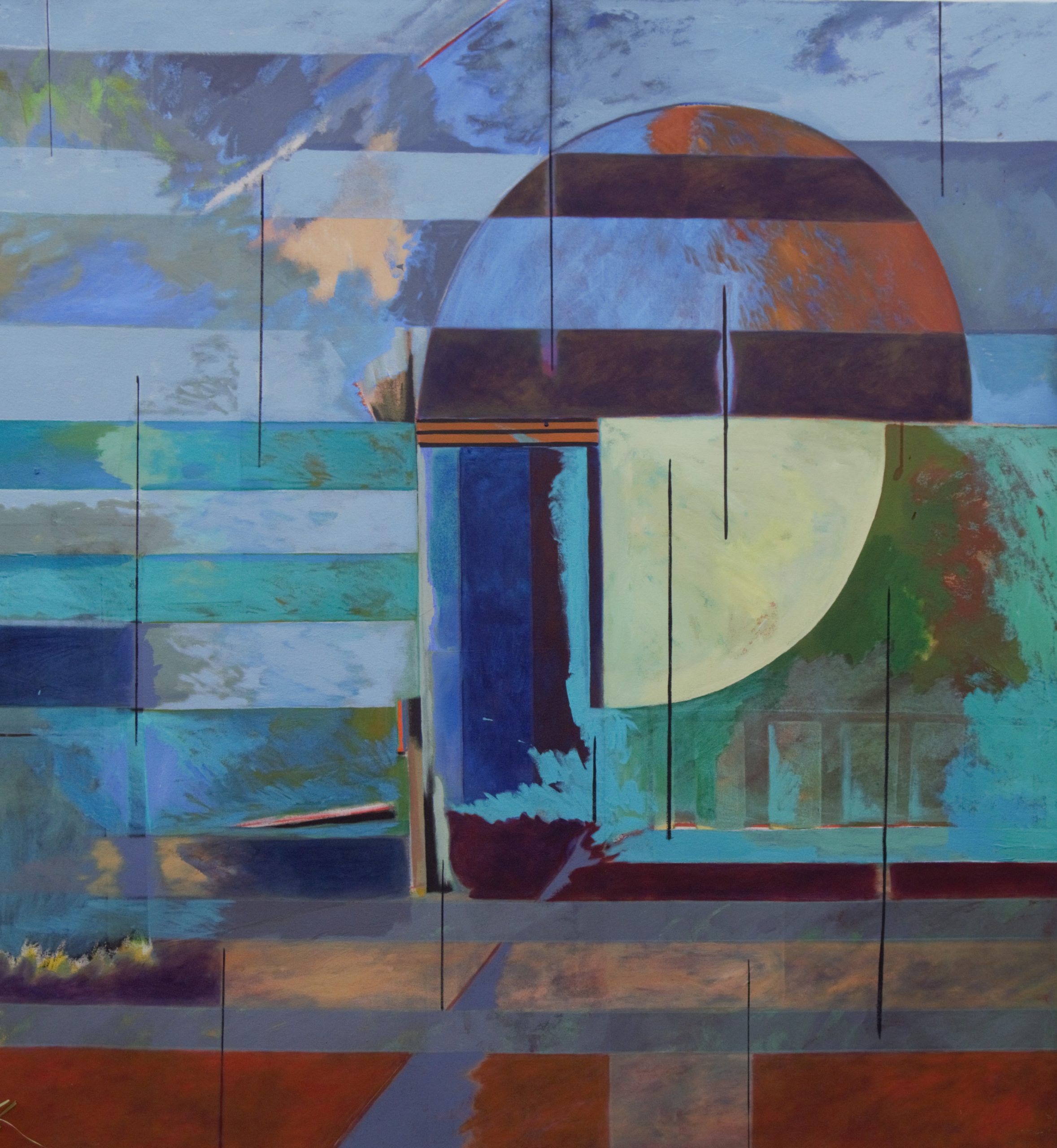 Separately, Peter, Max and Olivia Rhodes have, unbeknownst to each other, been working on parallel themes, exploring the creation of myths. This exhibition is the result of these enquiries.

Throughout time humanity has sought to make a statement that they existed. Some, to exalt themselves, by the monuments that record their greatness and achievements in life, as if this is some sort of insurance or ‘pass go’ card to the ‘next life’, whatever that might be. Quite often the most grandiose monuments have been built by people who devoted their lives to achieving their vision of self, frequently, at the expense of others as if they are of no importance.

These testimonies reside in our landscape, still creating a sense of wonder throughout generations. In time, these monuments weather in the natural flow of the planet with some being swallowed by their environments, almost entirely. These statements of self aggrandisement have always indicated to me the folly of human achievement at any cost and this progression has been the basis of my recent work.

The creation of explanations for the inexplicable has been the starting point for my current paintings. The mythologies of worlds that possibly never existed have been assimilated into the fabric of our lives and now reflect the very nature of our understanding of ‘place’ on the planet. Humanity’s urge to look to the skies has been reflected in the way recorded time has been written or illustrated. This has shaped our environment, not always in a way compatible with our inner, natural/ Pagan beliefs.

The communities of London stand apart, pockets of worship and ritual no longer tethered to static, geographic domains. This flexibility of space enables cultural co-habitation but leaves a void of a London community linked to the land and prepared to defend this locale as their right. In the face of the insidious removal of public space to the private sector ‘Undercurrents’ deals with the creation of new mythologies that embrace community creation through ritualisation. With objects of industrialisation mudlarked from the Thames I have created new idols for a future society where the territory lines of the city have been re-imagined in a world where rising sea levels have disrupted the city’s boundaries. I have continued this concept in Kent. In a county that has flattened many of its forests I have explored a more natural form of idols, reconnecting the viewer to lost deities of bygone times, lasting relics of a submerged future.