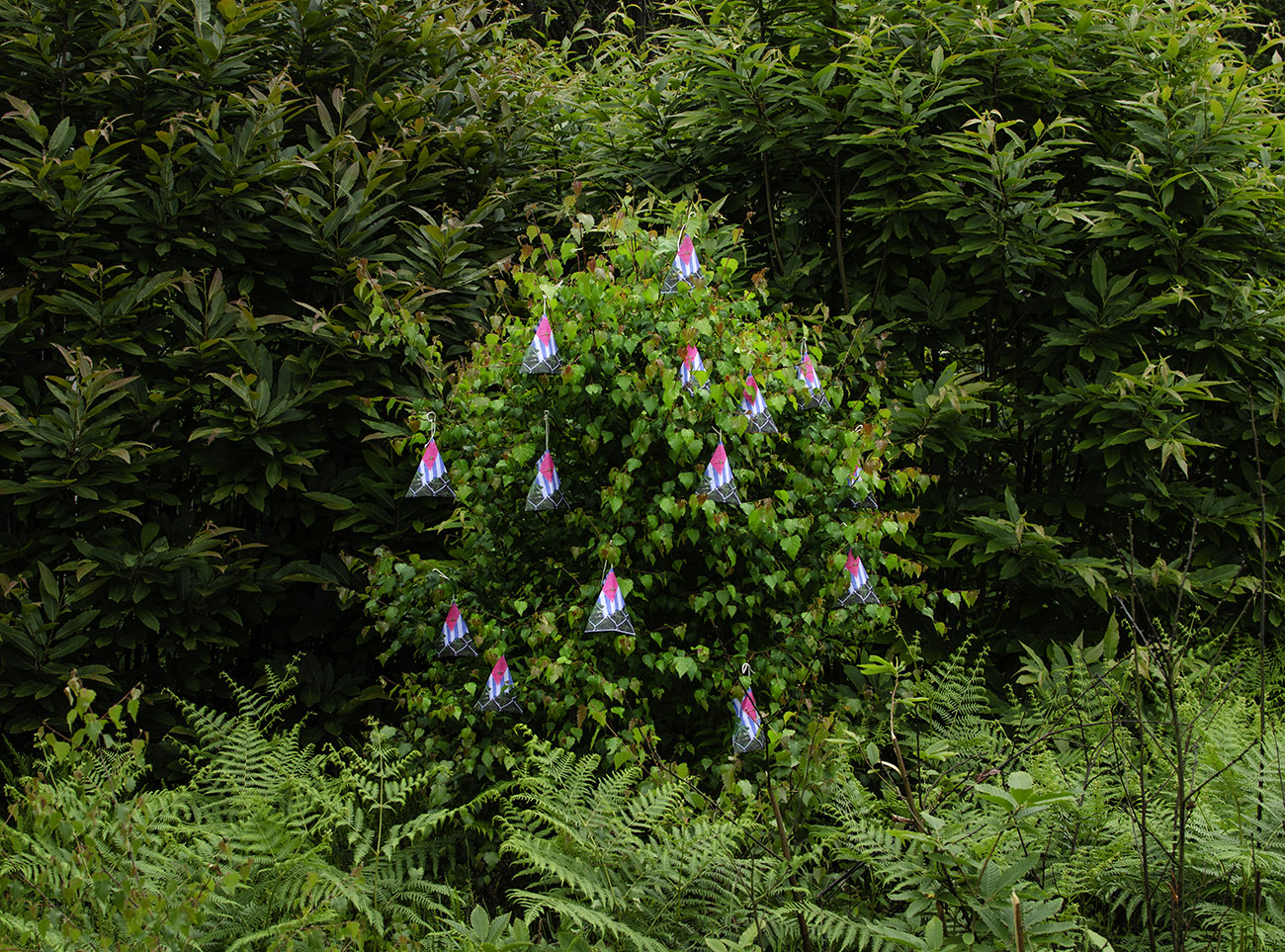 In this exhibition piece ‘Target Practice’ the artist explores the hidden history of homosexual men in Nazi concentration camps during the Holocaust. By drawing out extracts from the biography ‘The Men With the Pink Triangle’ by Heinz Heger, he creates visual metaphors for the recounted memories of Josef Kohout, a twenty two year old concentration camp survivor.

The imagery mostly based on the form of the pink triangle is fractured and incomplete (the pink triangle was the symbol worn on a prisoner’s uniform and used by the Nazi regime to indicate criminalised homosexual men); the fracturing alludes to the broken men and their lost lives – ignored and shamed by history. Each image has an accompanying extract from the biography that creates a resonance between the words and the image.

Michael Colvin’s artistic practice uses constructed imagery that entails making props and re-photographing them to incorporate visual narratives. He researches themes connected to LGBTQ identity as he believes it is important to make work on projects with which he has a tangible connection.