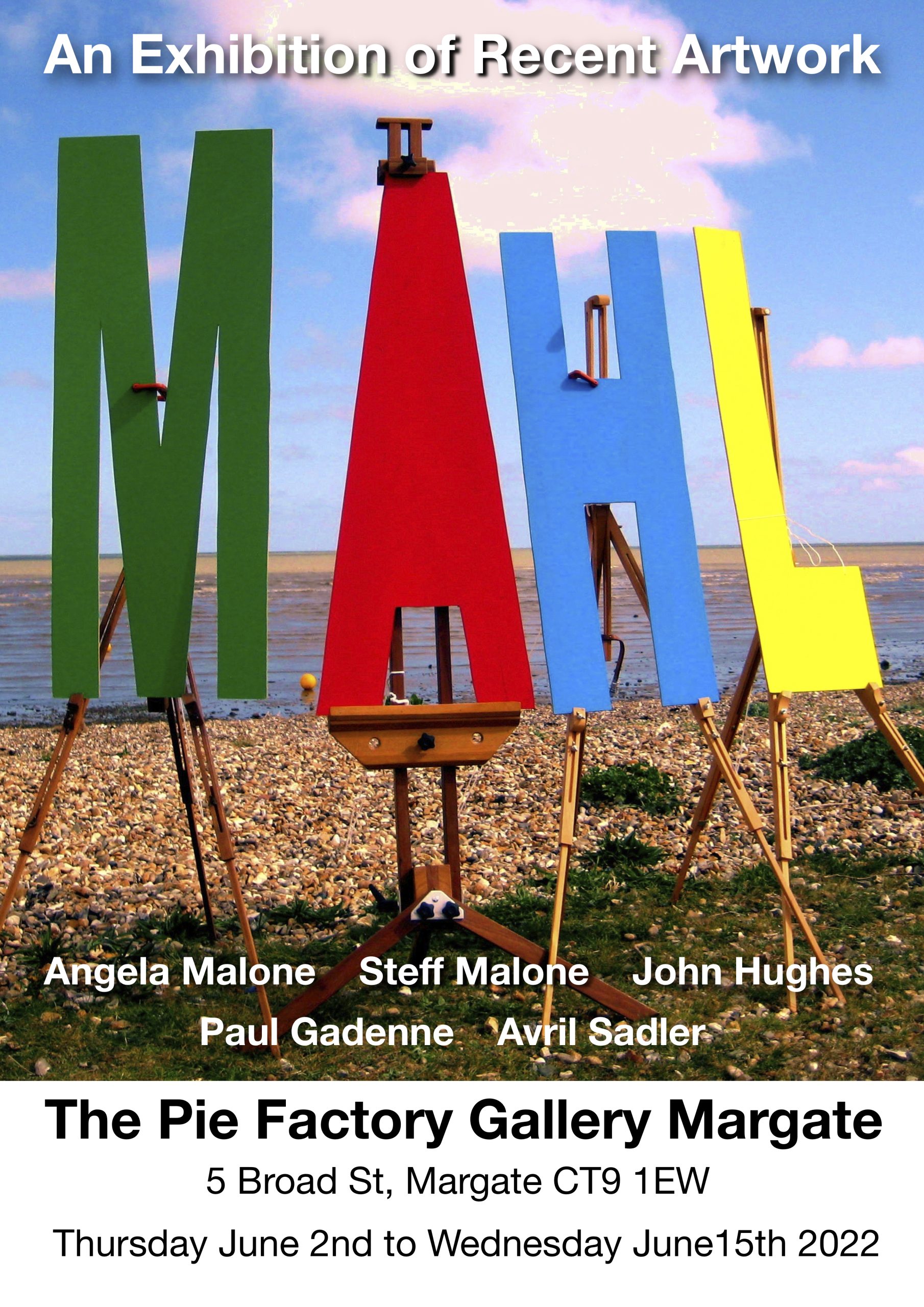 MAHL is a small informal group of East Kent based artists and friends, who have been exhibiting together since 2012. They bring together a collection of sculptures, prints, oils and watercolours. From their first exhibitionat the Horsebridge Gallery in Whitstable, they have since held a succession of exhibitions at regular intervals, have been represented in major National Exhibitions and can be found in International and National  private and public collections. Their work is well received, winning National and International awards.

Originally from New York, Angela studied in Vienna and was awarded the International Fattorini Prize for her medallion design and also the Niagara Falls Prize. Her work has been exhibited in the British Museum, the National Museums of Wales and Cornwall, Cutler’s Hall in London, the Iconic Secession Building in Vienna and in the Museum of Aschaffenburg in Germany. She has completed large murals for Canterbury based restaurants and has been commissioned to create restorative decoration for the frontage of the Old Kent Market. Margate. In 2020 she won the Turner Fringe Judges Award for sculpture. Angela is also one of the inaugural graduates from the Margate School, attaining a European Masters Degree in 2021.

Steff graduated from UCA with a BA (Hon) in Fine Art. She is the youngest member of the MAHL group and brings to it new innovative ideas. Her particular interest is in painting on sheet metal and she is especially talented at portraiture. As well as exhibiting across Kent with the East Kent Art Society and she has held two brilliant shows at the Whitstable Horsebridge Gallery with her mother Angela which were widely lauded. Her winning commission Ashford Snowdog design can be found at The Picture House in Ashford. Her joint commission, Medieval Map ( painted with her mother Angela) is on display at De la Pre Abbey.

John uses watercolour, pastel and oils, the latter being on large canvasses with a remarkable intensity of detail, offering the observer a heightened awareness of the
natural world. He is a full time artist and teacher, having graduated with honours in Fine Art from Ravensbourne College of Art and a subsequent postgraduate art teaching diploma at London University. He has exhibited at the RA, and in the Mall gallery with the RBA, the Pastel Society and the Society of Landscape Painters. He has also displayed his work in many other prestigious shows around the UK and in 2013 was invited to participate in the BBC project “Your Paintings” archive.

Avril has an MA in Fine Art. Originally from the North-east of Scotland, Avril has travelled and worked abroad for over twenty years before returning to the UK. Now based in Kent for the past thirty years. Her art is based on interests in Archeaology, Architecture and the more domestic objects of everyday use – vessels and containers. In 2000, she was invited artist at the Royal Academy in Edinburgh by the SSA (Scottish Society of Artists). The artwork was inspired by the archeaology of the prehistoric site of Cissbury in Southern England. It consisted of seventy-two encaustic panels measuring a total of 21 ft wide by 12 ft high. Currently her work is mainly in acrylic with charcoal on canvas, board or paper. She finds the acrylic medium is well suited to her style, where drawing on the surface with charcoal is a feature of her paintings.

Paul is a Canterbury-based artist who is equally at home working in watercolour, acrylic and oil. He is a Chartered Designer with a background in Architecture and Exhibition Design. His own practice, Paul Gadenne Associates, worked successfully throughout the Eighties in Canterbury and London. Paul has been a Design Lecturer at Hastings College of Art and taught Graphics and Design at St Edmund’s School Canterbury for over 20 years. His work features a wide range of subjects but most tend to have an element of narrative and the everyday. Paul’s paintings are in public and private collections in the UK and abroad and can be seen at local Art Galleries and Open Art Shows throughout the year. Paul is an SAA Professional Art Teacher and currently teaches “Art for Everyone” – art lessons for adults of all abilities at venues in Dunkirk and Sandwich, Kent. He writes for ‘the Artist’ magazine and is the founder member of Urban Sketchers Canterbury. He has appeared on Sky Arts – Landscape Artist of the Year 2015 and 2020 as a competitor in the Waddesdon Manor and Chartwell heats of the series.