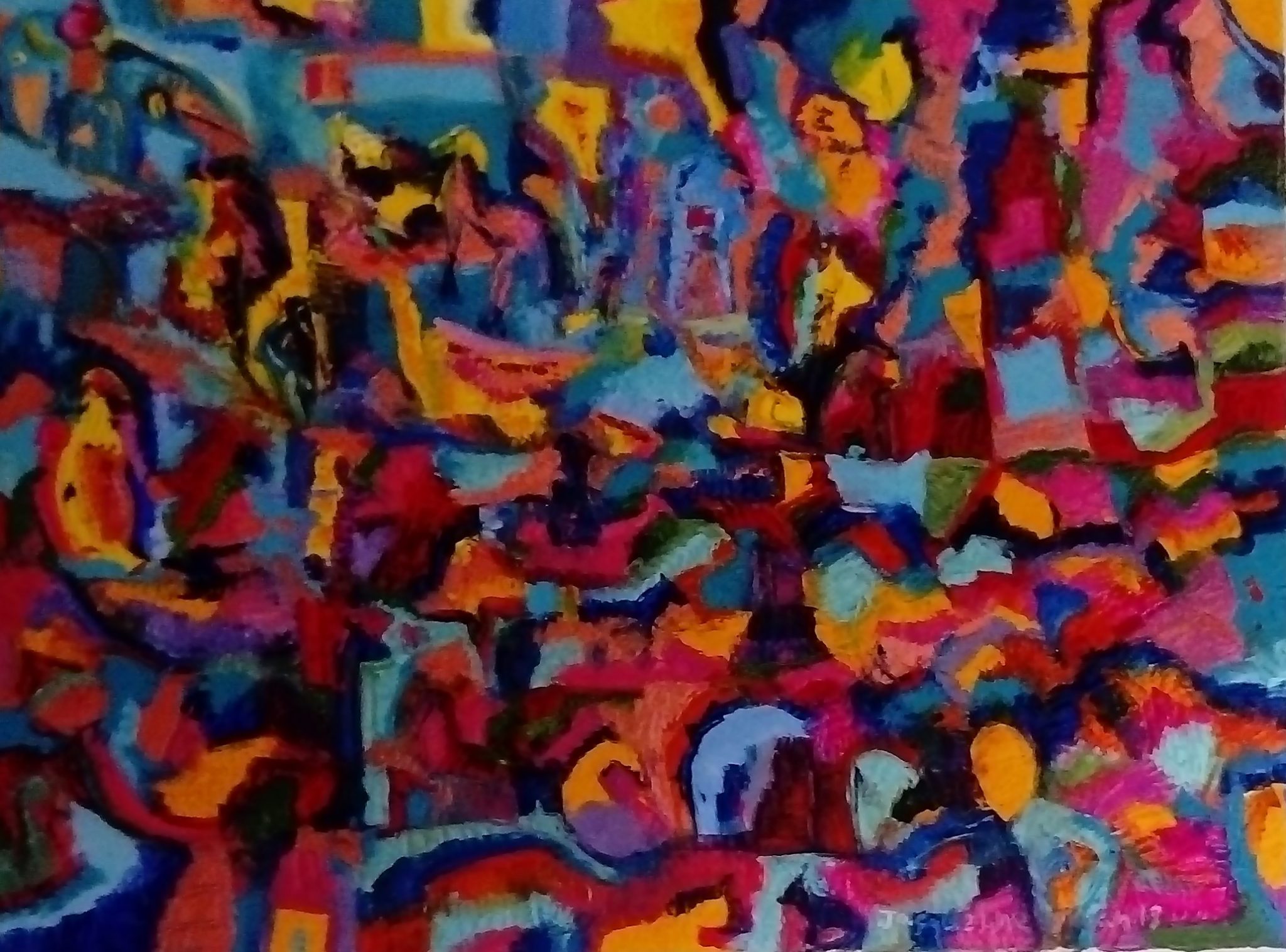 Between the toils and tribulations of life, Art has kept Jacqueline alive.

Whilst always being in awe and fascinated by artists, Jacqueline started painting in 1990 in India, depicting life and cultural differences, giving up her career to become an artist.

This substantially changed her materialistic life and brought personal challenges.  Drawn to what she considers a vocation, she believes that her life experiences have become priceless.

Following three years at Art college, Jacqueline lived in a cellar and due to the lack of space and light she took to the streets of Kent as a pavement artist, her work depicting various Pre-Raphaelite transcriptions, as well as her own interpretations of the artist’s role in society.  Working in pastels, charcoal with occasional oil paintings beside her, the city warden told her that the police and council had met about her presence and that they had decided to encourage Jacqueline as they considered her to be a proper artist and a tourist attraction.  She was invited to join a busker bus touring major cities in Poland, where drawings were directly onto the pavement, as well as portraits on paper which were given to the people.

Newspaper articles appeared and a radio broadcast with her telling stories of her experiences.

After 1999 Jacqueline moved to Herne Bay settling down to a prolific way of life whilst achieving a BA with Hons at Christchurch, Canterbury finishing in 2003.

Believing that drawing is an important tool and essential for her, Jacqueline’s paintings are born from the mind, from the subconscious, which tells stories from the dream state forming figurative expressionistic interpretations about life, some in an abstract format.

Vivid colours and expressionistic symbols have developed over the years, sometimes using complementary colours, others are tonal. Informed subjects include still life, landscapes, portraits, as well as hundreds of life drawings produced over the past thirty years. She feels that it is an honour to draw from life.

Raw emotion that is an honest portrayal of insanity, as well as the calmness of a contented soul is hard to imagine, but it is evident within Jacqueline’s work. Poetry also plays a contribution towards expression within her prolific lifestyle.

The experience of nearly nine years in art education has given her discipline and understanding, as well as something to draw out her life as an artist.

Inspired by artists including Van Gogh, Kandinsky, Paula Rego and John Bratby, she has own style and values, believing that respect has to be earnt.