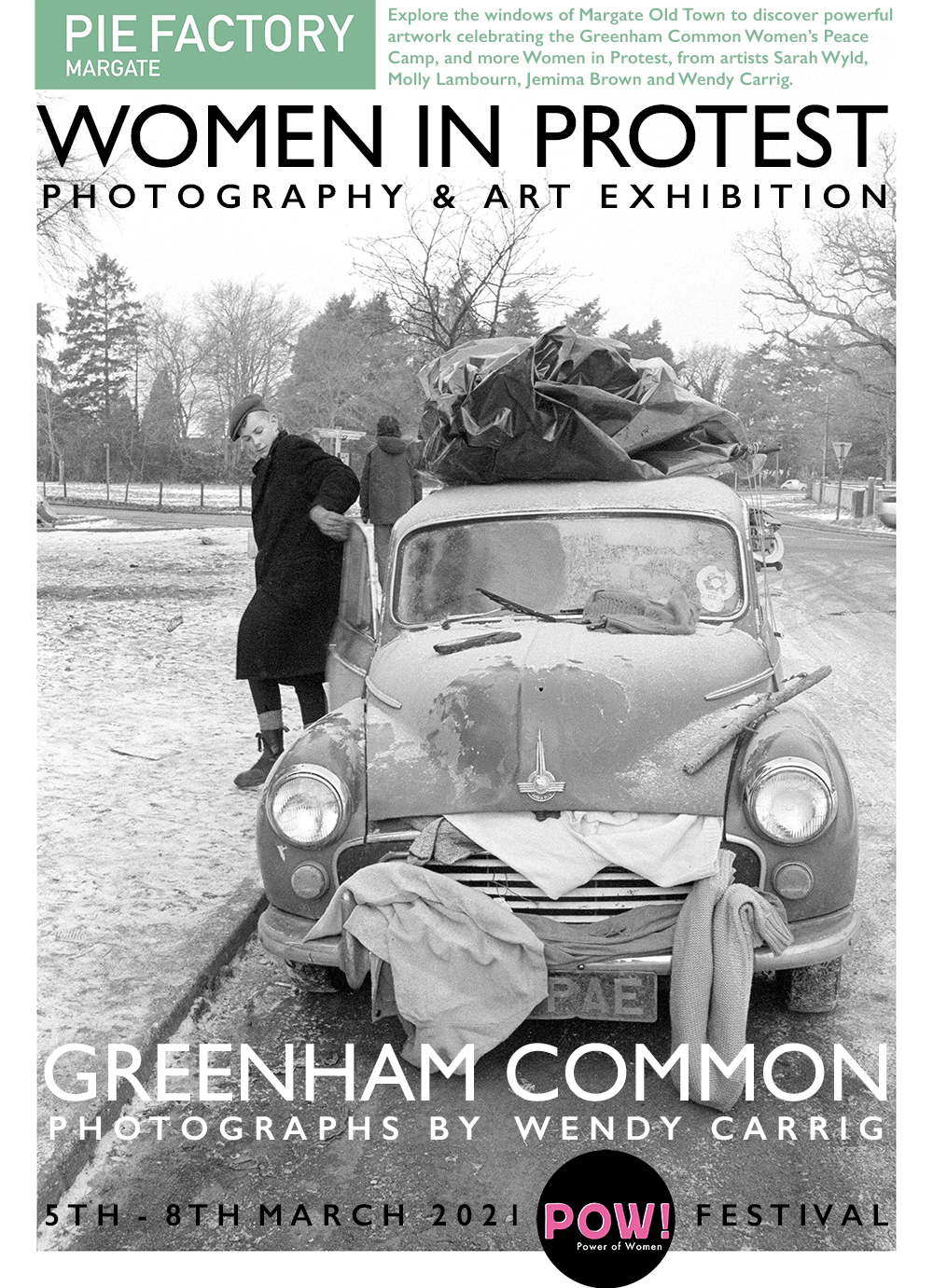 Pie Factory is delighted to take part in the POW! Festival 2021, by displaying the artwork of Wendy Carrig in our windows.

This exhibition in the windows of Margate Old Town celebrates the Greenham Common Women’s Peace Camp and more women in protest from 1979 to the present day. 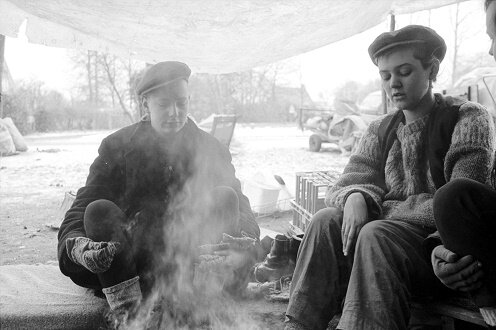 Wendy Carrig photographed the women peace protestors at Greenham Common while studying for her photography degree. She slept in makeshift tents in sub-zero temperatures, experienced daily evictions, and witnessed first hand the enormity of a cruise missile convoy. Her series of black and white photographs show how domestic life continued around the campfire.