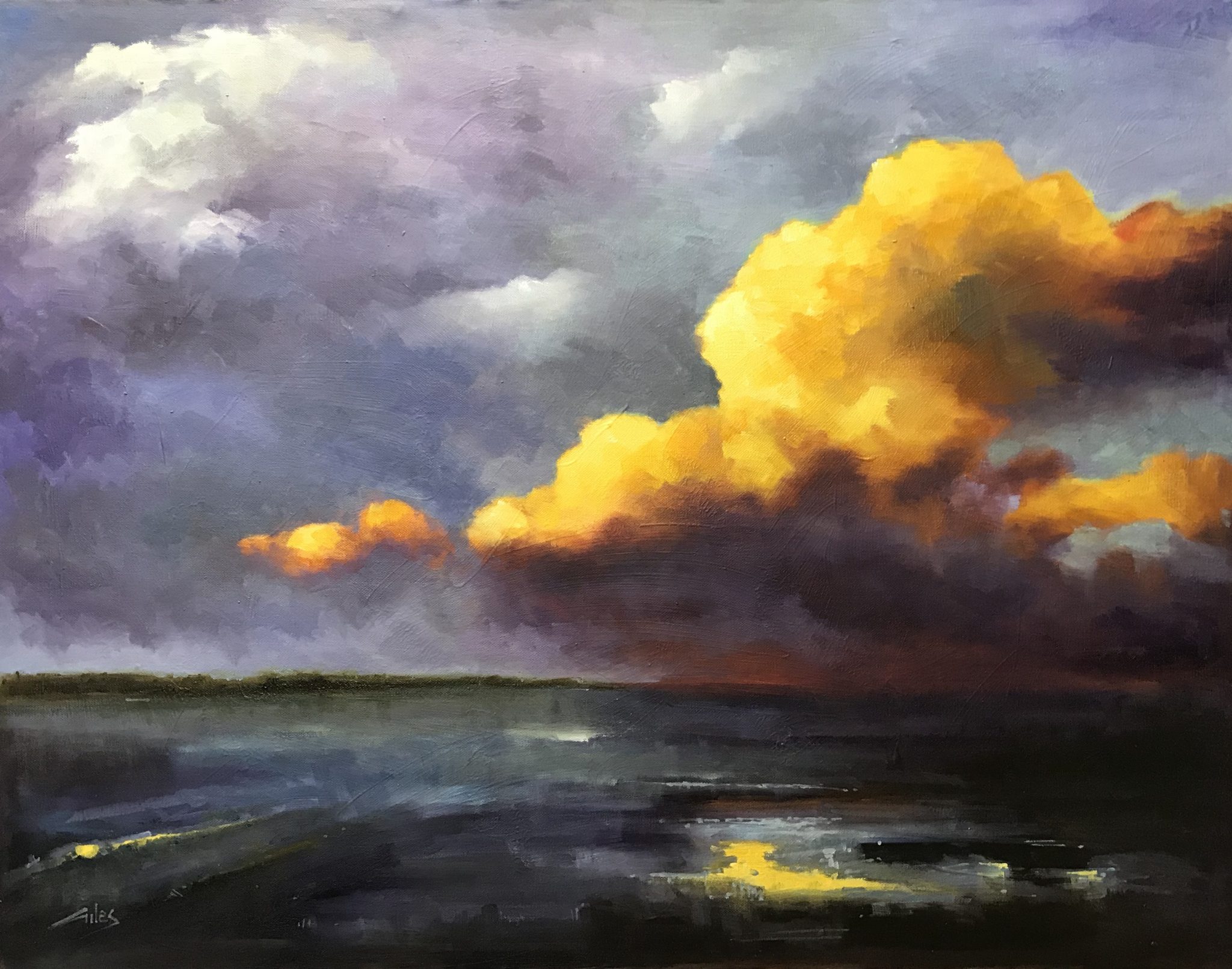 During the period of isolation due to the outbreak of Covid-19 Anthony sat in his studio and painted, every day, without fail. Many pieces are unfinished, awaiting completion but he has put together enough new landscapes and seascapes to hold a solo exhibition of the new collection.
Starting many of his paintings en plein air, Anthony will often have several unfinished paintings in his studio which are worked up over a period of weeks or months into finished pieces. His work is in constant demand as well as his commission’s which are often large canvasses for commercial settings.

Born in Ramsgate, Anthony has spent most of his life working as a commercial illustrator and graphic designer changing his career in 1985 when he studied horticulture and began a landscape design business. A serious car accident in 2002 left him with spinal injuries which stopped him from building and designing gardens, it was at this point that he started to paint in acrylics, then, discovered oils he started to paint in earnest !

Since then he has exhibited his large powerful landscapes in Cork Street London, the Mall Galleries London and, more recently, in Rome Italy.